How to Make a Puka Shell Necklace

As we already know, many fashion trends from the 50s all the way to the early 2000s are back. If you are into fashion, most likely you have seen and own puka shell necklace. But as with every trend, there are also people who don’t know much about them. If you are interested in keeping up with fashion, or simply love ocean vibe, this is for you!

First of all, what is puka shell necklace exactly? As the name says, it is a necklace made out of special kind of shell. Puka shells are small, white pieces of shell. In most cases, they are  strung along a chain. They are usually choker length, most often sitting just on or slightly above the collar bone. Fun fact about word puka is that it’s not a type of shell, but rather state of a shell. The word “puka” means hole and that’s why it is perfect to describe shells that are on the necklace.

Puka shell necklace in 2019 came back into fashion as a prerequisite for VSCO girls.  It is the most popular fashion jewelry trend right now. They could even be seen on runways. It doesn’t matter if they are traditional ones, or more modern ones, they are everywhere. Even Gigi Hadid wore her golden puka shell necklace in Paris earlier this year!

But it’s not just VSCO girls that are associated with them. Long before they even became thought, puka shell necklaces were linked to surfer culture. As they originated in Hawaii, it’s not hard to believe that they became a favorite statement piece for all surfers who came from all around the world. As they continued their traveling, the puka shell necklace slowly but surely became known and wanted by everyone.

But, puka shell necklace was not meant as a fashion statement at first. As I said, it originated in Hawaii, and there it has a very important meaning. Finding puka shells for them is good luck. The more perfectly symmetrical the shell, the better your luck will be. That is why Hawaiians typically give puka necklaces to wish the recipient goodwill or good luck. If given to a sailor, a puka necklace is supposed to help bring him home safely.

With it’s rising popularity, it’s alright if you can’t find one in your parent’s old jewelry. If you want to own one, it is easy to obtain. Not only are there many different sites and applications from which you can order them, but most likely they can also be found in your local stores. Even though they are very beautiful, they are also quite inexpensive. If you can’t find them in your local store, try checking out in online stores. Many people found vintage puka shell necklaces that way. Not only are you getting them for an even lower price, but you often get one of a kind one too! 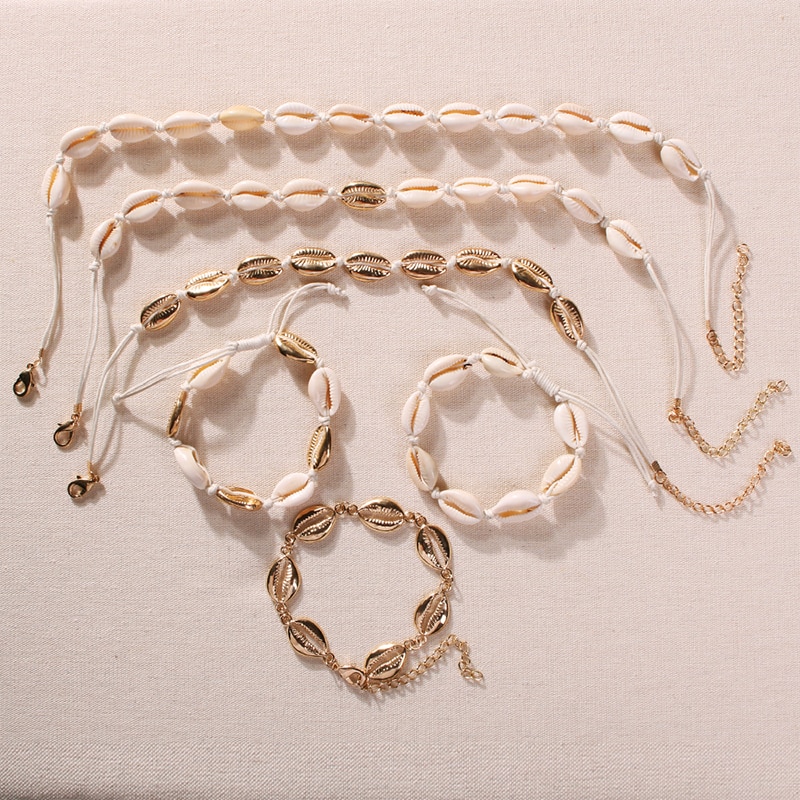 So now that we know it’s history and where we could get them, let’s learn how to make a puka shell necklace by ourselves.

Not only are seashells beautiful as jewelry pieces, but they can also be a great memento to a great time at a beach. If you enjoy having one of the kind pieces that you made yourself, this can be a fun project to try! To avoid having a negative impact on the environment and marine life, never take a shell that still has a living creature inside of it. That Is why it’s important to mention to only use empty seashells.

The first step to making any kind of shell necklace is to choose what kind of seashells you are going to use. There are many kinds, all having a different kind of shape, size, and color. The style and kind of shells you use are up to personal preference. For a better idea of how your necklace will look, try putting shells next to each other on a flat surface. It gives you a clear view of how it will turn out. That way if you don’t like something it is fixable.

The second step is to choose what kind of cord you want to use. If you are looking for a rustic vibe try using twine or linen cord. For more durable jewelry try using nylon or jewelry wire. Golden or silver chains can also be used for a more elegant and modern look.

The third step is to get your supplies ready. You will need some kind of drill, but if you don’t have it, you can also use a nail or screw with a hammer to make holes. Depending on what kind of cord you use, there might be a need for jump rings to attach the shells to the cord and some kind of clasp mechanism for a necklace to be wearable. If you are using twine or linen cord you can also skip clasps and just tie it. There is a way to use glue but in that case, you must learn how to make a puka shell necklace with hot glue, that is a reason I think this is much better and easy way.

The fourth step is to finally drill a hole into a seashell. If you have unsteady hands or are unsure where to drill, try marking shell with any kind of marker or pen. Put and hold shell against flat surface and position drill where you want hole to be. Start drilling on the inside and carefully work your way out.

The fifth step is to simply attach a jump ring to the shells, or shells to the cord. Continue adding shells and decorations until you are satisfied with your design.

After you’ve decided which shells to use, think about some additional decorations. Even though traditional puka shell necklaces don’t have any decoration other than shells, it doesn’t mean you can’t use some. So get creative

And that is the end. Hopefully, you know how to make a puka shell necklace now and you can enjoy your new puka seashell necklace. Or even better you can gift it to a friend to wish them good luck, or simply to show them that you appreciate them.

If you’ve come to this page, chances are you have a special friend who thinks that he or she is a mermaid. You know, the beautiful wavy hair, the flashy appearance, the one who would prefer the summer compared to other seasons. For all the mermaid wannabes, the seasons won’t matter to them. When you...

The Beauty of Larimar Jewelry